A hybrid of Apocalypse and Sorcery. 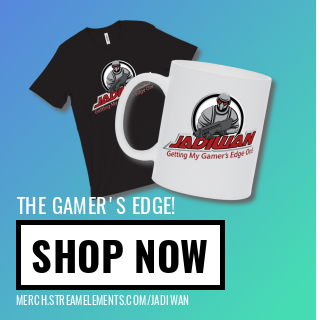 Get your own Game Server hosted at  GTXGaming

GTXGaming prides themselves on having the most dynamic gaming servers available. They are constantly improving there GUI interface and scripts to give the best hosting functionality to all clients. Gaming is my passion and for three years they have provided me with up to date game servers and dedicated servers.

Get your own game server today!

ABOUT US
Jadiwan is your game review and game play website for recently released early access, alpha and beta games along with premier access to game footage of closed alpha/beta games for PC . We provide you with the latest breaking news and videos straight from the gaming industry and the developers.
Contact us: jadiwan@jadiwan.com
FOLLOW US
© Jadiwan
MORE STORIES
Live Streams

Jadiwan - November 21, 2020
0
Play 7 Days to Die as a balanced post apocalyptic zombie vanquishing Sorcerer. Through training and discovery, you'll learn how to deport the undead...
https://www.paypal.com/cgi-bin/webscr?cmd=_s-xclick&hosted_button_id=RT5JX5X23CHNA&source=url